Are you having a tough time?Donate

SAU1 Power Staff Renee Benise (peach dress) and Josh Harper (to the left of Renee) speak up, with a crowd of self advocates, about the importance of funding services for people with disabilities at a rally at the Capitol rotunda in Harrisburg in January 2019. 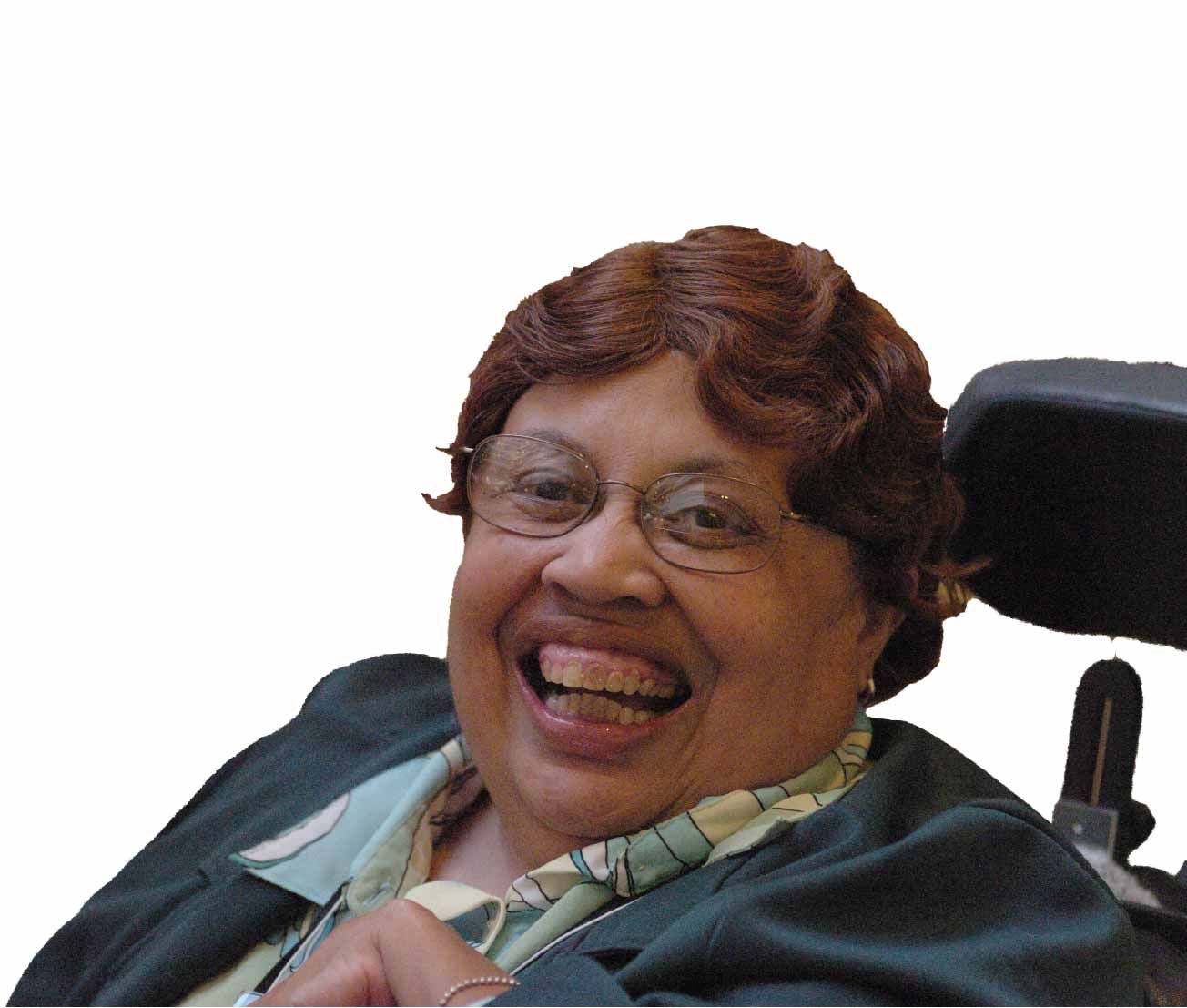 When Carolyn was young, her mother planned to send Carolyn to an institution because people told her mother it would be best. Then her mom heard about someone dying in the institution and changed her mind and history.

Carolyn speaks up for herself and others, and has for over 50 years! She has paved the way for people with disabilities throughout her life by example, by advocating for the rights of all people, and by teaching others about their rights and how to speak up for those rights.

Carolyn started in high school by telling people what she wanted in her life. Over the years Carolyn has used her voice and knowledge to teach individuals, families, providers and legislators about the needs, rights, wants and desires of people with disabilities.

“We want the same things everyone wants—our rights as human beings and individuals to live every day lives of our choice. I tell people you can live the life you want. Speak up in your own way, have people you trust in your life to support you,” she says.

Carolyn used a terrible experience from her own life to teach others how to try to stay safe and report abuse. In 2010 she received the Allied Professional award from the Department of Justice for her work with victims of abuse. It was the first time this award has been presented to a person with a disability. Ms. Carolyn (as she is fondly known) says, “If I can make a change, so can YOU!”

Click here to find out more about the award. 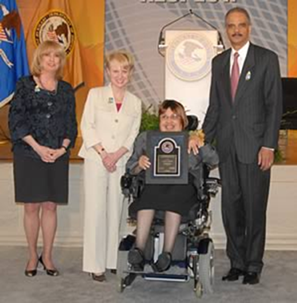 Carolyn made sure the voice of people with disabilities was heard at meetings where decisions about supports and services were made. She served as the co-chair of the Planning and Advisory Committee of the PA Office of Developmental Programs for many years. Carolyn traveled in and out of PA speaking up.

There is much more to Carolyn’s story. We are so glad SAU1 is part of it!

Get the answers you need to speak up and live

Let's Talk About Your Vision For YOUR Everyday Life!

Mon. Feb. 13 10am to 12pm Let's Talk About Your Vision
For YOUR Everyday Life! What do you want in your life?

How do you make it happen?

Are you getting what you want and need?

Join us to learn all about speaking up.

Let's Speak Up About Life in the Community!

The people you l…

Online (Contact SAU1 for info on how to join!)

Online (Contact SAU1 for info on how to join!)

Mon. Feb. 6 10am to 12pm
All About Relationships! The different kinds

How we make them

Knowledge is power, use it to connect with us!

Learn more about Self Advocates United as 1’s (SAU1) work, being a self advocate, and
speaking up for people’s rights

You can reach us in lots of ways. It’s easy!

You can also fill out and submit the contact form below.

We will connect with you as soon as possible.

Check out our events, and come to them if you can!

Power up our work! Donate Now

Your donation supports our mission: to support the self advocacy of people with disabilities for positive impact in our communities and in people’s lives.